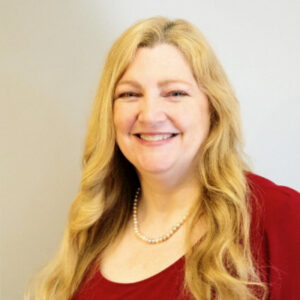 Mindy Stinner co-founded the Conservators Center in 1999 with a focus on wild felids and other small carnivores. The Center, located in Mebane, NC, is an educational wildlife park with a mission to reconnect people with wildlife.  As part of launching the Conservators Center, Mindy trained with the NC State Animal Response Team in 2000, and has been participating in zoo-oriented safety and preparedness training for the past two decades. Ms. Stinner has previously served FCF as Vice President, Director of Conservation and editor of the FCF Journal, and has been updating and teaching the Wild Feline Husbandry Course since 2003. 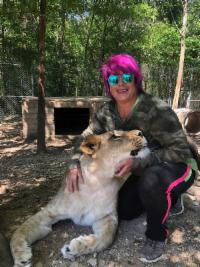 I love big cats! Actually, I love all animals. I was the girl in school in love with horses that worked for the local veterinarian. Once out of college with a background in accounting and marketing I began working for an animal media firm in NYC in 91 handling all kinds of exotics for media .  Ready for a new life in 97 I began managing a privately owned, U.S.D.A. licensed  big cat facility in Ft Lauderdale, Fl. Where I fell in totally in love with everything about big cats.  Tigers For Tomorrow was founded in 1999  and Shortly after I  began at The Zoological Society of the Palm Beaches during a 50 million redevelopment. In 2002, The Tigers For Tomorrow Preserve was established in Ft. Pierce Florida, only to do battle with 4 hurricanes during 2004/5. November of 2005 Tigers for Tomorrow moved to Untamed Mountain, a 140 acre preserve at the gateways to the Appalachian mountains. These days that’s where you’ll find me. I am hoping that by serving  as a board member of the FCF I  can help the membership and board  achieve their new mission and excite a new generation of keepers to aspire to be passionate, empathetic and proactive when caring for animals. 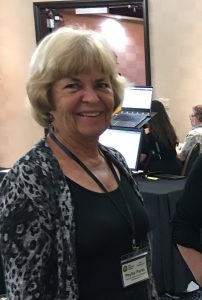 Phyllis Parks is a graduate of Judson College, Marion, AL.  She has resided in Vero Beach, FL for 29 years, with husband Jim and son Steve.   For the past two decades she has volunteered at Central Florida Animal Reserve. Currently she is Facility Manager and Events Coordinator as well as the senior handler for that organization, responsible for the care of lions, tigers, cougars and leopards.

Dawn Strasser is the Head Keeper of Neonatal Care & Quarantine Cincinnati Zoo & Botanical Garden, and Hand-Rearing Resource Center Advisor.  She holds a BS degree in Business Management from College of Mount Saint Joseph. She began working at Cincinnati Zoo & Botanical Garden in 1983 primarily with neonates (25 species of cats alone). A recognized leader in the zoo community, Dawn has been a founding member of the  local AAZK chapter, International Rhino Keeper Association, and ABMA. Dawn is also a member of NAG (Nutritional Advisory Group) and an advisor for Hand-Rearing Resource Center.

Chris Tromborg, PhD, teaches animal psychology at the University of California, Davis. He has worked for over 40 years for the protection of wild mountain lions and bobcats in California; and also for the preservation of free-living cheetahs, snow leopards, and tigers. Mr. Tromborg has served as a member of the AZA’s “Animal Care and Husbandry Advisory Board (Feline TAG).” He is a published author of several studies focusing on behavioral enrichment for captive animals in zoos, including felines. 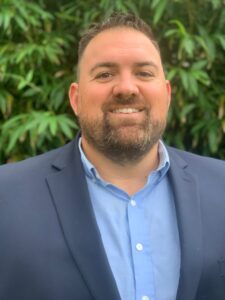 Brian Braitsch a Floridian is an avid scuba diver, enjoys traveling the world and visiting zoos and aquariums, and finding invasive reptiles in South Florida, a practice called herping. He has an undergraduate degree in Psychology for the University of Central Florida and a Master’s in Education, with a focus on curriculum and instruction from the University of Phoenix. He is a 17-year veteran of the zoological field and non-profit sector. He started out volunteering throughout high school at an animal sanctuary working with big cats, bears, reptiles, birds and a variety small mammals. Brian began his professional career at the age of 19 as a Dolphin Trainer at Discovery Cove. He took his knowledge to a local science museum where he managed a collection of 350 animals and 5 staff members over a 5-year span. He also founded Amazing Animals Inc., a 501©3 nonprofit exotic animal preserve and educational facility and serves as its CEO/President, which is about to celebrate its 12-year anniversary. Today he is passionate about creating unique experiences to drive wildlife conservation messages to audiences that promote mission goals and provide financial stability to organizations.