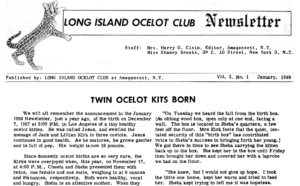 The first conference was in 1972, hosted by the South-Western Branch where members decided the Long Island Ocelot Club had grown to the point that a formal structure was needed to move forward. 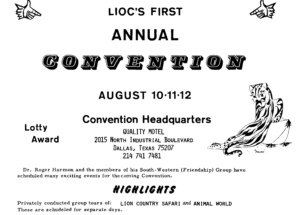 In the mid-1980s municipal zoos were in the practice of producing offspring of charismatic big cat species to draw in the public. These felines were sometimes transferred to licensed dealers that sold them to licensed facilities to augment the gene pool of their breeding stock.

In 1998 the Board of Directors approved an 8-hour learning course developed by George Stowers, known as the Basic Wild Feline Husbandry Course. 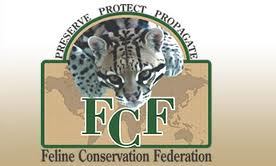 In 2002 the membership voted to change the name of the organization to Feline Conservation Federation. The FCF exists to further conservation of felid species with an emphasis on the efforts of individuals to gain knowledge of these wondrous creatures and promote captive propagation programs.

In 2019 the organization updated its mission, to the conservation of wild felines through educational opportunities, responsible ownership and

advocacy. As well as its vision, to bridge the gap between professional zoos and private institutions to strengthen the genetic diversity of felines within zoological settings. During this transition from primarily private ownership to individual zoological organizations we updated our name to Feline Conservation Foundation.